How Medical Cannabis can be used for Cancer Cure

“National Cancer Institute has published a report on Cannabis & Cannabinoids. The most encouraging part of the study of their medicinal effects is, cannabis & cannabinoids may have benefits in treating the symptoms of cancer, the report says. Studies in mice and rats showed that THC & CBD, the key chemical compounds that are available in cannabis have the potentials to kill the cancer cells and block the vessels that supply blood to them causing their decay and blocking their growth.”

Although, the scientists have been able to diagnose the symptoms of cancer the formidable task of ascertaining its real cause has remained unaccomplished. The types of Cancer are as much as organs & parts of our body. It can occur anywhere.  Moreover, even its symptoms are not visible immediately. Basically, cancer is a genetic disorder. Our body is made up of cells. Every moment, cells grow and die.  This system is balanced & checked by the genes that control the growth of the cells. Sometimes, such ill-health conditions arise when new cells that are not favorable to our health, simply because our body does not require them, keep on proliferating but the old and unhealthy cells are not destroyed naturally. Usually, this happens due to the malfunctioning or failure of “Endocannabinoid” system that works within our body. If not detected at an early stage, the abnormal growth of these undesired cells goes beyond the hands of the doctors and become uncontrollable. As a result, these cells multitude and take the shape of a lump or tumor. Certain cancerous cells have the tendency to grow, expand and spread to the nearby organs or other parts of the body. These are called the cancerous tumors, and the disease, “Cancer”. Such malignant tumors could be deadly, depending upon the organ where they occur. These tumors, even if removed, tend to re-grow again.

Medical Marijuana is emerging as a fast up-coming “Alternative Panacea” having the potential to treat a large number of critical health conditions. These include all types of cancers, glioma in particular; and side effects that result due to the treatment of cancer with the conventional medicines and cancer therapies including Chemotherapy & Radiation. Cannabis is known for its psychoactive properties capable of sending the user to a peaceful sleep in the most difficult hours and relieving him from the unbearable pain.

How Does Cannabis Help Fight Cancer? 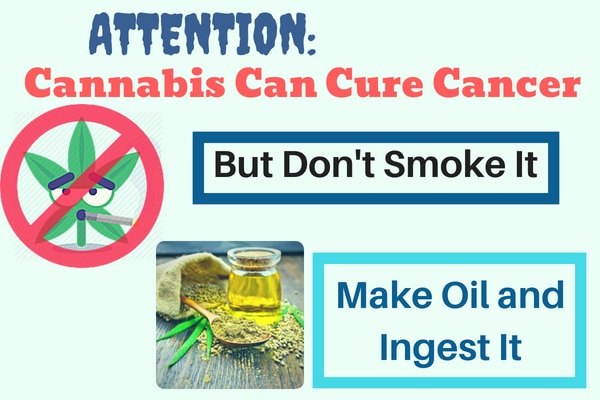 A debate on whether cannabis should be legalized at the Federal level or not is still ongoing at political platforms and social media. But the Scientists and Researchers have already established that cannabis, which was so far ill-famed as a narcotic drug, also has some medicinal properties. National Cancer Institute published a report on Cannabis & Cannabinoids some time ago. The most encouraging part of the study of the medicinal effects of cannabis is, “cannabis may kill the cancer cells,” says the report. Scientists found that cannabis was useful in treating glioma tumors in particular. Studies in mice and rats showed that Cannabinoids block the growth of cancer cells. THC & CBD choke the further growth of the blood vessels that supply blood to the cancer cells. This way, CBD cuts off the source of energy that helps the cancer cells to grow and expand. It’s also proven and established scientifically that cannabinoids affect the brain most. Its psychoactive properties are useful in controlling the pain in cancer symptoms.

Strains containing a higher amount of CBD can be useful in killing the unwanted cancer cells. Some of these are mentioned below.

It’s an Afghani-Indica Skunk. Critical Mass has CBD compounds as high as 22% with a low THC.  It’s a high-yield strain found to be very useful in cancer-related side effects.

It’s an Indica dominant hybrid with 60: 40 Indica: Sativa. Astonishingly, this strain contains CBD compounds as high as 20% and THC compounds as low as only 1%.

Cannatonic is a 50:50 Indica-Sativa hybrid. This strain contains high CBD and low THC compounds. CBD can be as high as 18%, and THC can be as low as 5%. This strain has unique healing properties.

Ringo’s Gift is an extremely CBD rich hybrid. The CBD compounds in Ringo’s Gift can be found up to 22% with THC at extremely low of 1%. 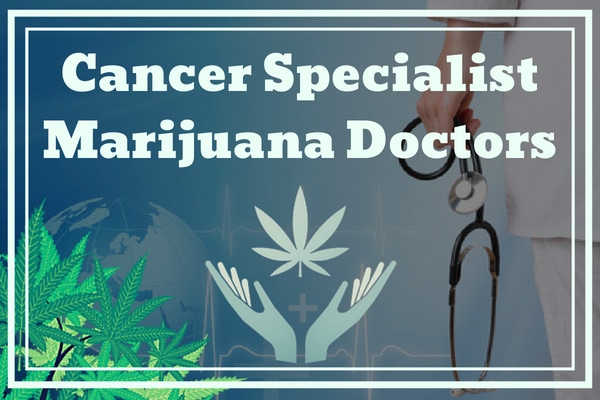 Cancer is one of such diseases that require a regular follow up. Malignant cancers tend to recur again even after these are removed. It’s also important that medicines should be taken under the doctor’s advice only.  When it’s about treating cancer with medical marijuana, then it becomes important to remain aware or cautious of fake marijuana doctors. One should consult only reliable, reputed and trustworthy marijuana specialists. The doctor you are consulting and the clinic both, should be licensed by the State Health Dept. for providing 420 Evaluations, like, Online Medical Marijuana Card.